Chinese TV > Sports > Winter
The ice and snow live channel provides the latest online broadcast of the ice skating event, the live video broadcast, the snow and ice schedule, and the live broadcast signal is updated 24 hours a day. You can watch the winter games, ice skating, skiing, flower slip, short track speed skating without visiting the scene. Wait for the ice and snow to be broadcast live.

The Winter Olympic Games (French: Jeux olympiques d'hiver) is a major international sporting event held once every four years for sports practised on snow and ice. The first Winter Olympics, the 1924 Winter Olympics, were held in Chamonix, France. The modern Olympic games were inspired by the ancient Olympic Games, which were held in Olympia, Greece, from the 8th century BC to the 4th century AD. Baron Pierre de Coubertin founded the International Olympic Committee (IOC) in 1894, leading to the first modern Summer Games in Athens, Greece in 1896. The IOC is the governing body of the Olympic Movement, with the Olympic Charter defining its structure and authority. 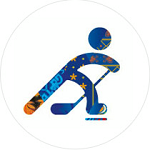 Ice hockey is a contact team sport played on ice, usually in a rink, in which two teams of skaters use their sticks to shoot a vulcanized rubber puck into their opponent's net to score points. The sport is known to be fast-paced and physical, with teams usually consisting of six players each: one goaltender, and five players who skate up and down the ice trying to take the puck and score a goal against the opposing team.

Skiing has a history of almost five millennia.Although modern skiing has evolved from beginnings in Scandinavia, it may have been practiced more than 100 centuries ago in what is now China, according to an interpretation of ancient paintings.

The word "ski" is one of a handful of words that Norway has exported to the international community. It comes from the Old Norse word "skíð" which means "split piece of wood or firewood". 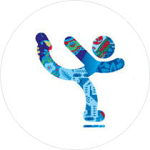 Skating involves any sports or recreational activity which consists of traveling on surfaces or on ice using skates.

There are several different kinds of skating :

Figure skating, a sport in which individuals, duos, or groups perform on figure skates on ice

Speed skating, a competitive form of ice skating in which the competitors race each other in traveling a certain distance on skates

Roller skating, the traveling on surfaces with roller skates

Inline skating, traveling on surfaces with skates having one line of wheels